Smart and sassy lawyer, Lily Adler, has been waging an epic battle with handsome and cocky Assistant District Attorney, Adam Roth since “the glitter incident” in preschool when they were four. Their friends’ marriage, a mysterious neighbor, a federal trial, and some bossy big sisters guarantee they’ll be spending plenty of time together. When they try to learn to play nicely, will they discover that their reaction to each other is even more volatile when they aren’t fighting? Can they avoid the mobsters trying to kill them and figure out a way to be together without killing each other?

END_OF_DOCUMENT_TOKEN_TO_BE_REPLACED

There is a love so fierce it cannot be measured.

A heart so strong it will never slow.

There is a promise so sure it can never lie.

He promised me that love forever.

Even when it wasn’t enough.

There is no measure of time.

No sounds of the ticking of a clock.

Just the rising and falling of the sun.

And our own sense of forever.

But our forever isn’t always.

END_OF_DOCUMENT_TOKEN_TO_BE_REPLACED

Tatum Elliot is a successful writer on a hit television show, lives in an Upper East Side apartment and loves her life. She wouldn’t change a thing. Unfortunately, she doesn’t have a choice. She’s losing her sight.

Tripping over her tongue and her heels, Tatum all too quickly realizes that the things which appeared so important before are slowly slipping away leaving room for what really matters. With the support of her best friends, family and colleagues, she begins to see that there’s much more to life… and herself.

When Ben Harris enters her life as her new personal assistant, she can’t tell if it’s his good looks and charm that are working on her libido, or his kind and helpful nature working on her heart? Whatever it is, neither one of them can resist it.

As her vision fades out, a world of love and happiness just might…Fade In.

Fade In is a contemporary-romance novel about laughing through your tears and telling life to, quite frankly, “Suck it.” This novel contains sexual situations that the author may or may not have tried at home… for your safety, of course. Research is research.

END_OF_DOCUMENT_TOKEN_TO_BE_REPLACED 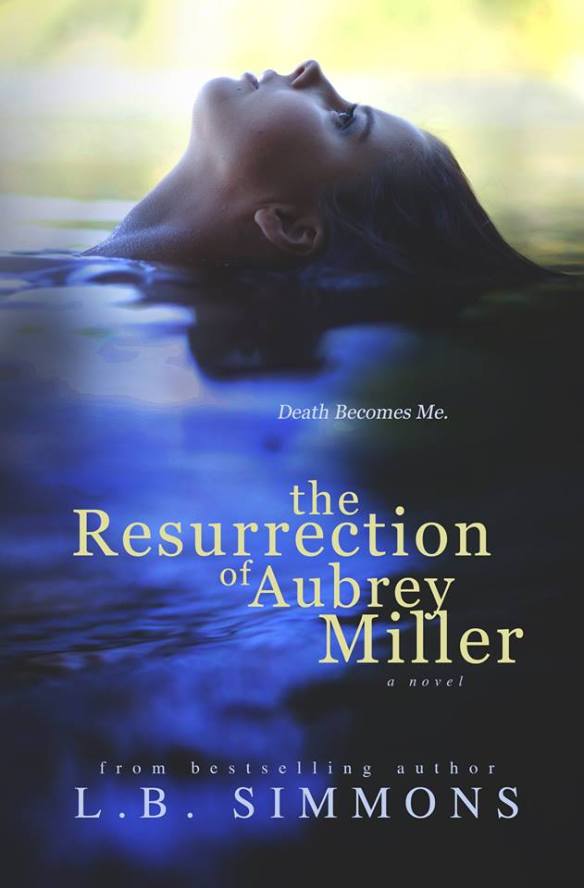 For some, it’s simply one of life’s certainties, nothing more. For others, it’s merely a fleeting thought, one often overshadowed by the reckless delusion that they have been blessed with the gift of immortality.

For Aubrey Miller, death is the definition of her very existence. Overcome with the guilt resulting from the loss of her beloved family, she alters her appearance from the once beautiful, blonde-haired, blue-eyed little girl to that of one shrouded in complete darkness, enveloping herself in her own unbreakable fortress of solitude as a form of protection for others.

As she enters her first year of college, her goal is simple: Earn a degree with the least amount of social interaction as possible. What she never anticipates is the formation of very unlikely relationships with two people who will change her life in ways she never believed possible: Quinn Matthews, the boisterous former pageant queen, and Kaeleb McMadden, a childhood friend from her past who never really let her go.

Over the years, as their connections intertwine and grow, a seemingly indestructible bond is formed between the three…

But when death painfully reemerges, Aubrey is lost once again, burying herself deeper than ever before inside the familiar fortification of her fears.

Will the refuge of friendship, the solidarity of life-long bonds, and the power of unconditional love be enough to do the impossible?

Will they be enough to finally bring about…

The Resurrection of Aubrey Miller?

END_OF_DOCUMENT_TOKEN_TO_BE_REPLACED

Catherine Pope has never been enough. Every man she has ever loved abandoned her—from her father to her fiancé. She finally accepted the fact she would never be enough to hold any man’s heart and soul.

When her world literally collided with the sexy former Navy SEAL, everything she always believed is turned upside down and left scattered. He made her feel alive and desirable, consumed her with fierceness and loyalty—which completely unnerved her. Jackson got her in a way no one ever had, giving him the power to destroy her.

If she breaks down and gives him what’s left of her battered heart—will he protect it? Or will Catherine become an irrelevant part of yet another man’s life?

Will she get the one thing that has always evaded her – to finally be someone’s beloved? 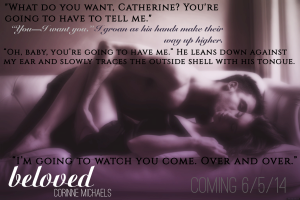 END_OF_DOCUMENT_TOKEN_TO_BE_REPLACED

Easy going soldier Kale Montgomery, a self-proclaimed ladies man, has no plans of settling down, especially not with his best friend- the sexy, sassy schoolteacher Lucy Dawson. Their relationship, though unconventional, is mutually beneficial, and they wouldn’t have it any other way. Friends with benefits? Casual lovers? Whatever you want to call it, they’re having fun, in and out of bed, and to them, that’s all that matters. At least that’s what they think, but how long can you spend in someone’s bed before you find they’re also infiltrating your heart?

As their casual fling with no strings attached progresses, it’s not long before they realize they’re both in way over their heads. One fateful night changes their lives forever in ways they could never have imagined, giving them the push to finally admit that maybe, just maybe they want more than they’ve let on. Their mutual attraction rapidly intensifies as it shifts from burning lust to unrelenting want, need, and possibly even love. Suddenly the idea of settling down doesn’t seem so bad. In fact, it sounds pretty damn perfect.

Just when things seem to be falling into place, past pain and renewed insecurities rise to the surface and threaten to smother the flames of their passionate relationship, reminding them both why they’ve always kept the idea of love at arm’s length. Will Kale and Lucy realize that what they’ve been waiting for is each other, or will the blazing whirlwind of their feelings burn out too quickly, causing it to all go up in smoke?