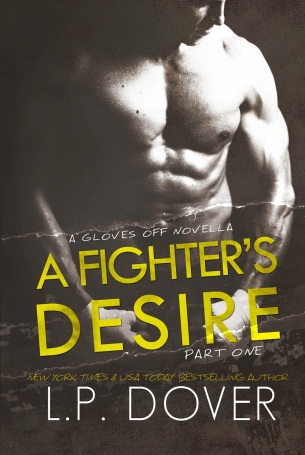 A FIGHTER’S DESIRE – PART ONE

Two is always better than one.

What would you do if you were given the chance to spend the night with not one, but two fighters? Would you do it? Could you open yourself up to the pleasures they offered and do exactly what they said in order to pass on to the next round?

It was common knowledge that Ryley and Camden Jameson, well-known MMA fighters and identical twins, were just as aggressive and passionate in the bed as they were in the ring. The only problem was that if you didn’t pass their test on the first night, then you didn’t proceed to the next round. They loved a good fight, and that’s what they got when they met Ashleigh Warren.

Ashleigh knew what was going to happen when the twins approached her with a  proposition, and needless to say, she knew exactly how to handle them … or so she thought.

The rules had changed, and in order to get them both she had to first spend one
night with each and last until they were done with her. It was a proposition she couldn’t refuse, but she knew it wouldn’t be easy to win. However, it was one that she was going to enjoy.

When you’re told to stay away from someone or something it only drives the urge to go after it more. In this case, that was exactly what happened. For years, Gabriella Reynolds—younger sister of MMA’s Heavyweight Champion, Matt Reynolds—was warned by him to stay away from his fighter friends; she deserved better and they would only break her heart.

Did she listen? Yes, for a while, but temptation can only consume you so much until you fall into its trap. There’s a certain fighter she’s interested in, and it just so happens that he’s her brother’s best friend, the only one that is completely off limits to her. However, she’s not the only one fighting temptation. Tyler Rushing can’t deny his attraction to her, but he’s afraid she’ll want more and he can’t give that to her. When he finds out that’s not the case … everything changes.

Secrets can be dangerous, but they can also be thrilling and intense. Gabriella and Tyler have no choice but to keep their time together a secret … and it’s a secret that’ll stay with them forever. 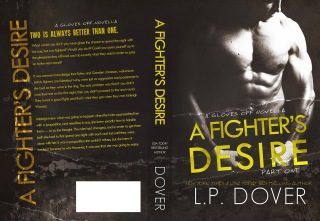 PART 1:
“You don’t even know me,” I challenged. “Why do you want me to be your date? You saw me for one second when you were up in the ring. I could be the biggest bitch in
the world for all you know.”“That could be true. If you want the honest truth,” he said, gazing down my body, “I saw you in that red dress and all I could think about was how hot it would be to fuck you in it.”
Holding in my gasp, I tightened my legs together to keep my clit from throbbing out of
control. It pissed me off that my body responded to him, but it could also be because he was so close; brushing his heated body against mine, and smelling so amazingly delicious. The wild side of me wanted to tell him to take me right then and there, but the logical side wanted to slap the shit out of him.
“Do you honestly get women by saying stuff like that?” I asked dryly, without a
hint of a smile.
His grin grew wider. “Most of the time. So what do you say? Do you want to be my
date for the night … the whole night?” Yes, my mind screamed at me. “No,” I snapped, making his smug smile disappear. “I’m not one of your little groupies, Ryley, and I sure as hell am not going to beg for your attention like what you’re used to. You need to find someone else. I’m not interested.” You just lied again, I scolded myself.
Turning on my heel, I headed for the door and opened it, only to be stopped by a hand
grasping my arm and the door shutting quickly in front of me. “Don’t you see? I don’t want anyone else. I saw you and you are what I want.”
Laughing, I turned around and yanked my arm out of his hold. “Tell that to someone who’ll  believe you, Ryley. I don’t fall that easily, especially for someone who hasn’t
had to work for a woman. You’ll have to do much better than that.”
Or else I’m not going to play the game.

PART 2
Breathing hard, I stepped out of Tyler’s reach and started for the door, much to his dismay. “Why are you here, Gabriella?”
Keeping my back to him, I paused with my hand on the knob, and blew out a heavy sigh. “I told you. When I want something, I get it. I wanted to see you.” “You’re walking a dangerous line, Gabriella. I don’t do relationships, and I don’t plan on starting … even if it is with you.” I glanced at him over my shoulder.
“Well, then I guess it’s a good thing I don’t want one with you either. Look, Tyler, I’m only here for the weekend. If you want to see me again you know how
to find me. No strings, just you and me.” 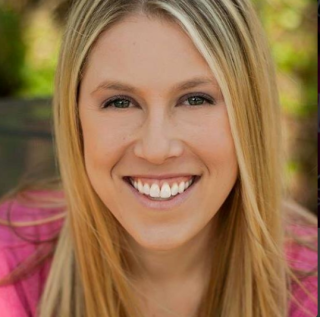 USA Today Bestselling author, L.P. Dover, is a southern belle residing in North Carolina
along with her husband and two beautiful girls. Before she even began her literary journey she worked in Periodontics enjoying the wonderment of dental
surgeries.
Not only does she love to write, but she loves to play tennis, go on mountain hikes, white water rafting, and you can’t forget the passion for singing. Her two number one fans expect a concert each and every night before bedtime and those
songs usually consist of Christmas carols.

Aside from being a wife and mother, L.P. Dover has written over nine novels including her Forever Fae series, the Second Chances series, and her standalone novel, Love,

Lies, and Deception. Her favorite genre to read is romantic suspense and she
also loves writing it. However, if she had to choose a setting to live in it
would have to be with her faeries in the Land of the Fae.
FACEBOOK / GOODREADS / TWITTER / WEBSITE
AMAZON AUTHOR PAGE / Pinterest