Lauren Reynolds wanted only two things in life—to run her father’s horse breeding business and Colt Matthews. Fearing Colt would take her position within the family business, she tried to push him far away from her heart.

When life could no longer keep Lauren and Colt apart, their two worlds became one. Every second of every moment, they spent together. Their love bloomed into something neither of them imagined—a bond so strong Lauren and Colt believed nothing would ever stand in their way.

However, life threw a cruel twist into Colt and Lauren’s planned happily ever after. Will fate let them live out the life they dreamed of, or will one of them be left alone, lost and angry?

“I’ll spend forever holding you … even if it’s only in my memory.”

“I’m headed back to A&M tonight, Lauren. Come with me.”

Pulling back, I looked into his eyes. They were filled with a passion I’d never seen before. My mouth opened, but words wouldn’t form. Clearing my throat, I asked, “What are you saying, Colt?”

If there was one thing Colt Mathews could do, and do well, was swoon the hell out of me with his smile. And boy was he swooning me right now. My knees felt weak as Colt flashed me that smile that I had fallen in love with a few years back. That stupid crooked smile that I dreamed about every single night.

“I’m asking you to let me make you mine, Lauren.”

Holy mother of God. Play it cool, Lauren. Play. It. Cool. Colt wants to make me his!

Swallowing hard, I asked … again, “What are you saying, Colt?”

Colt chuckled. Pulling me closer to him, he moved his lips to my ear. “I’ve been wanting to make to you mine for so long, Lauren. I can’t bare to wait any longer.”

My lips parted open. “Me … um … I … I’ve never … ahh … what about …” For the love of all things good. I can’t even form a sentence. My mind was swirling with images of Colt making love to me. Colt naked. Colt kissing my body. Colt touching my body. My eyes widened in horror. The one thing I’ve wanted so badly for the last few years I was about to lose because I can’t form a damn sentence.

Colt’s lifted his hand and brushed the back of it down my face gently. “I’m scared too, Lauren. You’re the only woman I’ve ever dreamed of being with.” Closing his eyes for a brief moment before opening them again, he whispered. “I’ve never been with anyone, Lauren. My first time I wanted to be with someone I cared about. Someone I loved.”

Oh. My. Glitter. Swoon alert! We have a major swoon alert. My legs gave out and Colt grabbed a hold of me. “Lauren, are you okay?” Colt asked as concern swept over his face.

Colt pulled me closer as he nodded. I felt his desire pushing into my stomach. Something washed over me and I found my senes. Grabbing onto his arms again, I smiled. “I’ve waited for you too, Colt. Every time I dreamed of being with someone, I dreamt it was you.”

Taking a few steps back, Colt winked at me as a wicked grin grew across his face. “Follow my lead.”

Unedited and subject to change before publishing. 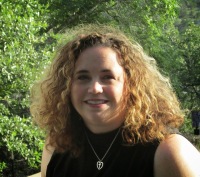 Kelly Elliott is married to a wonderful Texas cowboy who has a knack for making her laugh almost daily and supports her crazy ideas and dreams for some unknown reason…he claims it’s because he loves her!
She’s also a mom to an amazing daughter who is constantly asking for something to eat while her fingers move like mad on her cell phone sending out what is sure to be another very important text message. In her spare time she loves to sit in her small corner overlooking the Texas hill country and write.

One of her favorite things to do is go for hikes around her property with Gus….her chocolate lab and the other man in her life, and Rose, her golden retriever. When Kelly is not outside helping the hubby haul brush, move rocks or whatever fun chore he has in store for her that day, you’ll find her inside reading, writing or watching HGTV.

Brought To You by: