Thank you for joining us in the promotional tour for The Girl I Was Before, by Ginger
Scott. Be sure to check out all the excerpts, teasers, posts, and giveaway!

THE GIRL I WAS BEFORE (Falling #3)
NA Contemporary Romance
Scheduled to release: June 23, 2015

I’m the selfish one. I suppose that’s the nicest thing people say about me. I’ve heard the other things, too. “Paige Owens is a pretty girl with nothing else to offer. She’s just a good time at a party. She’s stupid, heartless, cold and useless. All she cares about is getting a guy to look at her. Why would anyone want to be her friend?”

Some of those things are true. Others were true. They’re all hurtful.

None of it matters.

I’m ready to become the girl Houston Orr sees when he looks at me.

Houston isn’t a star athlete. He doesn’t play in a band. He’s never going to be president, and his life is so far away from simple and easy it isn’t even funny. He wasn’t part of my plan. But I’m starting to think plans are overrated, and maybe our stories are what we make them. And mine depends entirely on me, and the choices I make…starting now.

Houston is my fairytale. He’s perfectly imperfect. He’s poetry and life. He’s truth and heartbreak, all rolled up in a tall body with dark hair, broad shoulders and green eyes that lull me into submission. He’s nothing I ever thought I wanted, but the very thing I need. He’s the only guy I’ve ever really loved, and he thinks I’m a princess. I fell into him, and now I’m holding on.

But sometimes life takes away our ability to choose. Sometimes…things aren’t in your control. Sometimes, it hurts to be selfless. My only hope is that when it comes time to choose, I get it right.

Welcome to my once upon a time and wish for happily ever after. 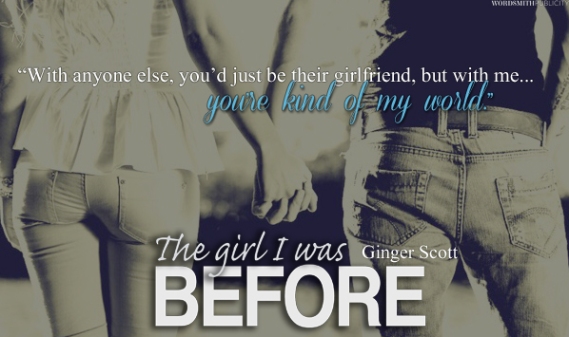 She doesn’t say anything more as the seconds keep ticking by. I keep mentally begging, until I feel her hair tickle my chin as it slips to the side, along her back, along the bareness of her neck. It’s moving. She’s moving. She’s leaning her head to the side, her change in position long and subtle as her hand comes up to sweep the rest of her hair out of the way, her body leaning more into mine, her neck exposed.

I’m about to kiss her neck, and yeah, I’ve kissed her mouth, so this shouldn’t be a big deal. But this feels like a very big deal. I’m Dracula, and she is letting me have her, giving me a taste, knowing I won’t be able to stop. This is definitely submission. She’s submitting, right? My lips barely brush that part of her neck that dips into her shoulder, even this slight touch makes me want to bite and taste her more. But I’m careful; I’m slow.

“Paige,” I whisper, a mimic of how she said my name a minute before. She sighs when I speak, and I smile. I kiss more, letting the full weight of my mouth caress her skin. This time, she moans.

My hands act on their own, palms sliding up the tops of her legs until I reach the gathered material around the bend of her waist and grip it tightly, my mind consumed with the vision of what it would look like if I just ripped this damn dress off. I flex my fingers against her and feel the brush of her panties along the tips. The sensation makes my breath falter, so I return my focus to her neck, letting my tongue have its wish as I taste my way up her shoulder to her ear, tucking the delicate lobe between my teeth, letting my tongue run over the harsh metal and rock of her earring.

I’m content to stay here, to do this, for as long as she’ll let me. Then I feel her hands slide down my arms and reach into my fingers, squeezing before the sharpness of her nails drags slowly back up my arms. She makes it to my biceps before she can’t reach any farther; she lets her hands drift from my skin, bringing her arms over her head, reaching for me, my hair, my neck. The motion causes her body to arch, her legs shifting up and down, almost like she’s trying to rid herself of her dress.

My hands obey—pulling up the gathered material while my mouth continues to memorize every contour of her neck. My knuckles brush along the lace top of her panties, against the smoothness of her waist, the length of her belly to her ribs until I feel the material of her bra against the tips of my fingers. I pause, waiting for those two voices to show up on either shoulder, for good and evil to battle it out and let me know what I’m supposed to do next. But Paige isn’t waiting for either of them.

“Touch me,” she whispers… 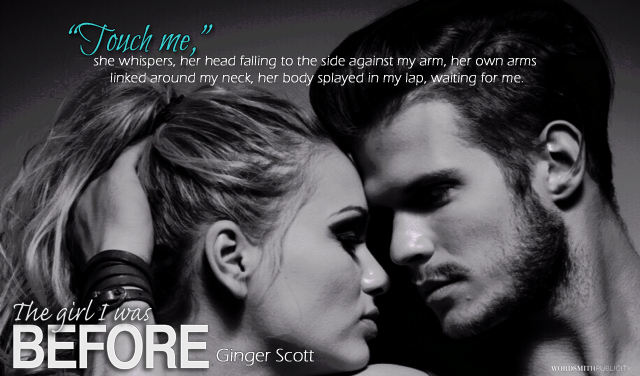 “Thing is, with anyone else, you’d just be their girlfriend, and with me…you’re kind of my world.” – Houston Orr

I love this moment where he puts Paige on a pedestal. It’s great because she’s earned it, and he means it—he’s not just paying lip service to get her for the night, he’s paying homage to earn her for good.

“This guy?” She points at me with her thumb, barely unfolding her arms. “He’s the one who told me I could do better,” she says, and my eyebrows raise a little, feeling the spotlight of, well, everyone. “And ya know what? He’s right.” – Paige Owens

This happens in a scene where Paige kinda kicks some serious ass. She might be a bitch sometimes, but she’s also tough as nails—and right here she says something that I think a lot of us wish we could go back and say to a douchebag or two.

“It’s sad that most people think being honest is strange. I just feel like even the ugliest truth feels a whole lot better than carrying around the weight of lies.” – Houston Orr

I love this quote because it’s exactly how I feel. There are some passages in my stories that are cut from my fabric. This is one of them. I wish we could all be more honest – it doesn’t mean be cruel, but there’s nothing wrong with being real. And I think being honest about our own flaws, shortcomings, fears and worries is harder than being honest about what we think of others. And I think that’s exactly where we should start – with ourselves.

“As bad as this feels,” he says, lifting his eyes up from the ground to mine in a slow drag that cuts me in half, “I wouldn’t take it back. Not any of it. Not even this. For a minute there—I know you loved me. Even if you don’t now…I know you did.” – Houston Orr

I just love the rawness here. It touches on the idea of something being fleeting, and that gets me pretty misty.

“I like you, and that’s what this all is to me—it’s me liking you and being perfectly fine with being the guy in the background, beyond your spotlight. That’s what I got out of that story your sister shared. I heard that you’re a leader, that you’re the one people gravitate to—people adore you! How have you forgotten that? I want to see that girl, more of that girl—the girl who rules the playground. This place needs her.” – Houston Orr

This is such an important moment in the story – it’s where a shift happens, and Houston gives Paige the courage she needs when she needs it most.

Ginger Scott is an Amazon-bestselling author of eight young and new adult romances, including Waiting on the Sidelines, Going Long, Blindness, How We Deal With Gravity, This Is Falling, You and Everything After, Wild Reckless and The Girl I Was Before.A sucker for a good romance, Ginger’s other passion is sports, and s often blends the two in her stories. (She’s also a sucker for a hot quarterback, catcher, pitcher, point guard…the list goes on.) Ginger has been writing and editing for newspapers, magazines and blogs for more than 15 years. She has told the stories of Olympians, politicians, actors, scientists, cowboys, criminals and towns. For more on her and her work, visit her website at http://www.littlemisswrite.com.When she’s not writing, the odds are high that she’s somewhere near a baseball diamond, either watching her son field pop flies like Bryce Harper or cheering on her favorite baseball team, the Arizona Diamondbacks. Ginger lives in Arizona and is married to her college sweetheart whom she met at ASU (fork ’em, Devils).