Being king comes at a brutal price.

Drug lord Javier Bernal has sliced and diced his way to the top of the Mexican drug trade, presiding over the country’s largest cartel. But his rise to power comes at a brutal price: the death of his sister, Alana. Devastated and wracked with guilt, he turns away from his new wife, Luisa, forcing their marriage into a steady decline. But it isn’t until she’s pushed into the waiting arms of Esteban Mendoza, his right-hand man, that Javier realizes everything he’s lost.

And it isn’t until he learns the truth about Alana, that he realizes everything there is to gain.

Because Javier will stop at nothing until he gets what he wants.

And what he wants is raw, ruthless revenge.

My gun began to feel heavy in my hands. I needed to use it, and soon.

Light was seeping in underneath the door, so I pushed my goggles up on my head and slowly pushed it open.

The kitchen was empty, and the only light came from above the stove. The fridge hummed and the house was silent except for muffled laughter coming from down the hall.

A terrible scream splintered the room.

Had the ambush already begun?

I exchanged a worried glance with Diego as we heard doors further down the hall being flung open. Footsteps.

People ran past the kitchen, heading up the stairs toward the scream, not bothering to look our way.

All of them except for Juanito, that was.

He stopped dead in his tracks at the archway, staring at us like we were ghosts. I couldn’t help but grin.

He snapped out of it, reaching for his gun, but mine was already aimed at him. I shot him in the kneecaps, both of them, just as his gun fired, bullets cracking the ceiling.

Then, as if on cue, all of the outside erupted in gunfire. The sound shook the walls, and through the rattling windows bursts of light filled the sky. My army was here.

I ran over to Juanito who was screaming in pain, and picked him up by the collar, shaking him.

“All right you little fuckface,” I sneered at him, trying to fight the urge to strangle the fucking life out of him. “Tell me where Esteban is and I’ll make your death painless. Don’t tell me and I’ll break your bones with a hammer. Which one is it?”

His screaming wouldn’t stop. I shook him again. “You can’t protect him now. You’ll never fucking walk again and he sure as hell won’t give two fucks about a pathetic piece of garbage like you. So talk.”

But before he could, Diego was calling out my name. I let go of Juanito, rolling over him just in time as the air above me burned with bullets. Diego fired back at the assailants, and I kept rolling until I was behind the kitchen island. I quickly reached for the grenade which I knew could take out enough of them without damaging the structural integrity of the house, and tossed it out of the kitchen. It rolled down the hallway.

They yelled at each other to move but it was too late. I pressed my hands over my ears as the blast went off.

“Jesus, Javi,” Diego swore as pieces of plaster rained down on him. “You haven’t even moved back in yet.”

I didn’t care if it was sloppier than my usual methods — it was efficient. I scrambled to my feet and stared at the wreckage. There was a ragged hole in the wall, smoke and flames licking the edge.

I shrugged. “I wanted to open up that room anyway.”

Miraculously, or something of that nature, Juanito was still alive, holding on to his bleeding and blasted knees as he writhed on the floor.

He was missing half his face though, so it wasn’t like he escaped the explosion unscathed. He was very scathed and crawling for freedom.

I covered my nose and mouth with the crook of my elbow and walked into the smoke, letting it wash over me. Juanito looked up at me with what was left of him, begging for mercy with an outstretched hand.

I stepped on his hand instead, crunching the bones beneath my boot.

“That was for my sister,” I seethed. “I know you intercepted her call when she was calling me for help.”

“Javier, we have to go,” Diego said, coughing and coming over to stop me. A war was raging around me, but none of it mattered. All that mattered was an eye for an eye.

This time I stomped on Juanito’s arm, driving it in with all my might, like I was squashing a cockroach, until I felt it break beneath me.

But I was the furthest thing from happy.

And Juanito couldn’t even speak at this point. His mouth was a flap of burning skin, covering a gaping hole. He was useless.

I slid the hunter’s knife out of its sheath, and with one swift motion, stabbed it downward into the top of his skull. 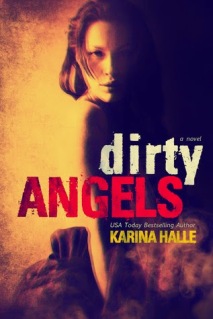 For Luisa Chavez, a twenty-three year old former beauty queen, a better life has always been just out of her reach. Sure, she’s had men at her feet since she was a young teenager but she’s never had the one thing she’s craved – security. Having grown up in near poverty, her waitressing job in Cabo San Lucas can barely let her take care of herself, let alone her ailing parents. Every day is another unwanted advance, every day is a struggle to survive.
When Salvador Reyes, the depraved leader of a major Mexican cartel, takes an interest in her, Luisa is presented with an opportunity she can’t afford to pass up. She’ll become Salvador’s wife and exchange her freedom and body for a life of riches – riches she can bestow upon her deserving parents. But Luisa quickly finds out that even the finest wines and jewels can’t undo the ugliness in her marriage, nor the never-ending violence that threatens her every move.
Soon, Luisa is looking for an escape, a way out of the carefully controlled life she’s leading. She finally gets her wish in the worst way possible.
As it is, being the wife of Salvador makes her an ideal target for rival cartels and there’s one particular man who needs Luisa as part of his cartel’s expansion. One particular man whose quest for power has destroyed lives, slit throats and gotten him out of an American prison. One particular man who will stop at nothing until he gets what he wants.
That man is Javier Bernal. And he wants Luisa. He wants to take her, keep her, ruin her.
Unless she ruins him first.
Some men were born to create empires, some women were meant to be queen.
**Dirty Angels is the first standalone novel in the Dirty Angels Trilogy, in which all books feature or involve different characters. The character of Javier Bernal is from The Artists Trilogy, and while reading TAT is recommended if you want additional insight into this twisted character, it is not required.**
Amazon Barnes & Noble iBooks

Karina Halle is a former travel writer and music journalist and The New York Times, Wall Street Journal and USA Today Bestselling author of Where Sea Meets Sky, Racing the Sun, The Pact, Love, in English, The Artists Trilogy, Dirty Angels and over 20 other wild and romantic reads. She lives on an island off the coast of British Columbia with her husband and her rescue pup, where she drinks a lot of wine, hikes a lot of trails and devours a lot of books.

Halle is represented by the Waxman Leavell Agency and is both self-published and published by Atria Books/Simon & Schuster and Hachette in North America and in the UK.

Hit her up on Instagram at @authorHalle , on Twitter at @MetalBlonde and on Facebook. You can also visit www.authorkarinahalle.com and sign up for the newsletter for news, excerpts, previews, private book signing sales and more.