Title: Who I Am With You
Author: Amanda Lanclos
Genre: Contemporary Romance
Release Date: August 15, 2016

Dallas Garrison was a normal blue collar guy. In his late twenties, he worked fourteen hour days, every day. He lived his life and never expected it to change much. That is, until an unforeseen circumstance happens on his ranch.
Once his eyes meet the sea-blue eyes belonging to Kennedy Miller again, all bets are off. Their history is laced with pain and Dallas is all too familiar with the torment loving Kennedy brings.
But what guts him most, is that she doesn’t remember a damn thing. Especially not the reasons she loved him all those years ago.

This book was phenomenal!

I LOVE Amanda’s writing and have claimed Mason from her Wounded Souls series from the beginning, but Dallas definitely gave him a run for his money.

Kennedy and Dallas were childhood sweethearts. Destined to be together from the very beginning un something happened in their past that tore them apart. We meet Kennedy after she’s been in an accident and has no memory of her life after her dad died when she was a teenager. Her mother brings her back to her childhood home to recover and hopefully trigger her memories.

Dallas has never gotten over the one that got away despite his many attempts. When Kennedy shows up on his front porch after 10 years all he can think about is keeping her there this time. He lost her once and he won’t lose her again.

Mrs. Stella is Dallas’s neighbor and let me tell you, this woman knows EVERYTHING. She’s a bit crazy and bit outspoken but I LOVED her character.

What happened that drove Kennedy and Dallas apart to begin with? If Kennedy regains her memories will she stay with Dallas or will she return to the life she had created after she left?

This book is the perfect combination of heat, hilarity, and angst. Bravo Amanda, bravo! 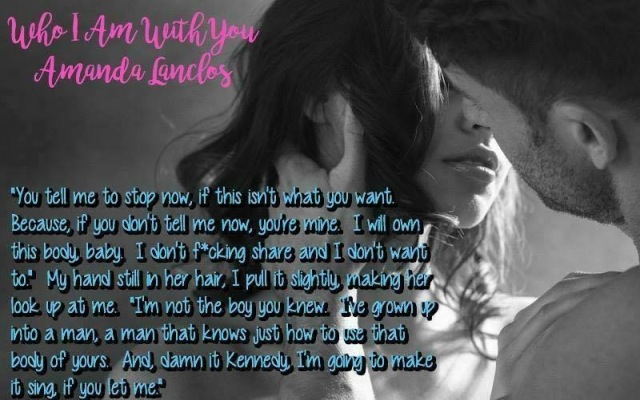 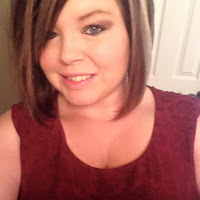 Amanda resides in the lovely state of Louisiana just a short drive from Death Valley aka Baton Rouge. When she isn’t head deep into a book she is spending time either blogging, writing, or being a mommy to two beautiful blonde headed blue eyed babies. Amanda never expected to be a writer, but one day that all changed when she saw a picture of a military man with both of his legs taken from an IUD in a war, and that is where her inspiration came for her very first novel Irreparable. With three books already out in the series she is working on the next as well as a Christian Romance about how to overcome grief and blaming yourself. Contact Amanda, because she loves to hear from her readers! Email: authoramandalanclos@gmail.com