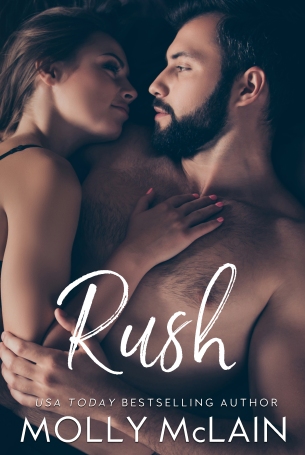 A risk I have no choice but to take, thanks to this blizzard.

I shouldn’t want him.

But his touch and his kisses…

Until this passes, anyway.

My instincts said I’d be fine, but I should have listened to my head.

Are usually too good to be true.

No matter how potent the rush.

Look for Rush on Amazon & Google Play on release day!

Molly McLain lives in a tiny Wisconsin town with her husband, three kiddos, and a sassy German Shorthaired Pointer named Tucker. She’s addicted to fountain soda, jelly beans, Chris Lane and Shinedown, and she been scribbling down love stories since she was old enough to daydream about hunky boys and happily-ever-afters. Now she turns those daydreams into steamy, small town novels.