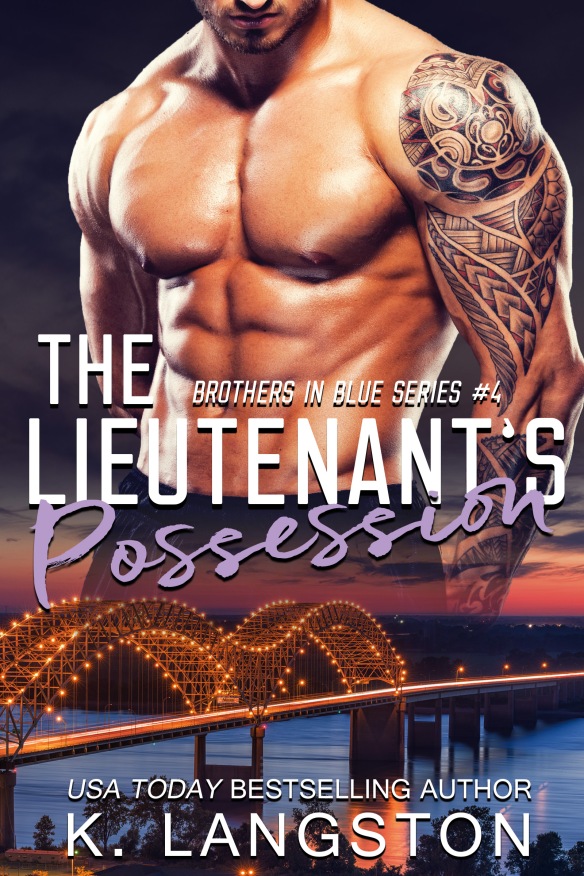 Memphis Police Lieutenant Asher Cunningham is one of the best. Respected among his peers, he’s well known for his discipline, assertiveness, and remarkable intuition.

A secret he’s kept hidden until he finally decides to seek the help of renowned psychiatrist Dr. Marley Bennett. There’s something intriguing about his new therapist that makes him want to confess all of his deepest, darkest desires without the fear of being judged. But it’s the flush coloring her cheeks and those sensible skirts she wears that really tests his control. Pushing her limits becomes his new obsession, and he quickly learns that the good doctor has secrets of her own.

She’s not supposed to be attracted to him. She’s not supposed to want him to possess her in all the ways he promises he can. But from the moment he steps into her office, the tattooed cop has her feeling things she shouldn’t. With every commanding word and deliberate touch, he tears down her walls one by one. And with every layer he peels back, Marley realizes she needs him more than she could have ever imagined.

The Lieutenant’s Possession is book 4 in the Brothers in Blue Series and follows Asher Cunningham and Marley Bennett.

Asher is a self proclaimed sex addict. At their first meeting, Marley tells Asher that there is no cure for this but that she can help him manage his urges. What happens when her urges are just as strong as his? Can Asher give up endless sex with whomever he wants in order to have the one woman he shouldn’t want?

Marley is recently divorced and trying to find the best balance between her work, her baby girl, Lyla, and finding herself again. She knows that she can’t be interested in her newest client, but sometimes the attraction is more than 2 people can fight.

K. Langston has another hit on her hands with this one! This book has it all – alpha man, strong woman, a twist I didn’t see coming, and plenty of heat! Get to one clicking!

When I arrive home later that night, my heart is not prepared for the sight I’m met with. The sound of Lyla’s favorite movie playing on the TV. No doubt it’s been on repeat since they arrived home. A pizza delivery box is on the counter with two plates of half eaten slices still sitting on the table.

With a smile, I set down my things and walk farther into the living room to get a better look at Asher lying on the couch with Lyla tucked in next him. A plastic tiara rests haphazardly on top of his head, a sparkly boa wrapped around his neck, and his short nails are painted a stunning shade of hot pink.

I snicker, my chest expanding then cinching tight at the sight of them together like this.

His eyes fix on mine and he’s not the least bit embarrassed or put out at all. He looks almost…

I want to capture this moment forever. Memorize every angle and line of his stubbly face but it’s when he gives me that lazy, warm smile that I nearly melt on the spot.

“Hey,” he greets, his deep voice gravely from sleep.

“Hey.” I nod toward my sleeping beauty, wearing her full-on princess regalia, dress, crown, shoes and all. “How’d it go?”

I had been a little worried about whether he would be able to handle her on his own. Lord knows she can be a handful, but I needn’t worry at all it seems. Because there’s absolutely nothing this man can’t handle, including my tenacious four-year-old little girl.

He looks down at her, his eyes full of adoration. “We had the best time.” His eyes return to mine. “But Princess Lyla can be bossy, yeah?”

I laugh. “Guess I should have warned you about that.”

I walk around the couch, bending down to gently scoop her up in my arms, trying not to wake her, but her big green eyes pop open anyway.

I kiss the top of her head. “Did you two have fun?”

She nods against my chest.

“I’m just going to go tuck her in right quick.”

My throat tightens. “Of course.”

Asher smiles, getting up from the couch and placing his tiara on the coffee table before following us into her bedroom. He pulls back the covers while I lay her down in the bed, slipping off her shoes and dropping them to the floor, but I leave the princess dress on because we should all be able to sleep in a princess dress at least a few times in our lives. I tuck the comforter in around her, making sure to keep her arms free just the way she likes it, then I lean down and kiss both of her cheeks like I do every night. “Sweet dreams, my Lyla Jo.”

Asher kneels down on the other side of her bed. Her tiny hands framing his masculine face. “Will you come back and play with me tomorrow so we can build the fort?”

Asher’s eyes shift up to mine, seeking permission. I nod my approval. How could I say no to either one of them?

He returns his gaze to Lyla, giving her a warm smile. “I promise.”

After kissing both of her cheeks, he stands. “Sweet dreams, Princess Lyla,” he says, tapping her small nose with the tip of his finger.

Lyla yawns, her eyes drifting shut as she flips to her side, tucking her hands beneath her chin. “Sweet dreams, Princess Ashland.”

I smirk at him as I shut off the light, leaving her door cracked a little.

“Princess Ashland, I like that,” I say once we’re out in the hall.

One hand grasps my waist, making me spin around to face him, my hands landing on his solid chest. He slowly walks me into the wall, angling his face to mine. I can feel his warm breath on my skin and I suck in a sharp breath at the look in his eyes. The look that tells me he’s just as surprised by all of this as I am. By how much we want each other. By how right it feels.

And how fast it’s all happening.

His lips touch mine.

The possessiveness I’ve grown to crave seeping all the way down to my bones. I sag against him, my hands reaching up to clutch the back of his neck while his hold my head in place, his mouth devouring mine as if he can’t get enough.

And neither can I.

I think that’s what scares me the most. How much I want this with him. And how much I’m willing to risk in order to get it. But I’ve never felt this way before. Not ever. Not this deep sinking feeling I get every time I think about not seeing him again. Or what I would do if he suddenly got bored and found himself with someone else.

The thought is devastating to even think about. Especially with the way we started out. What woman in her right mind would trust this?

But I can’t resist him or the way he makes me feel. 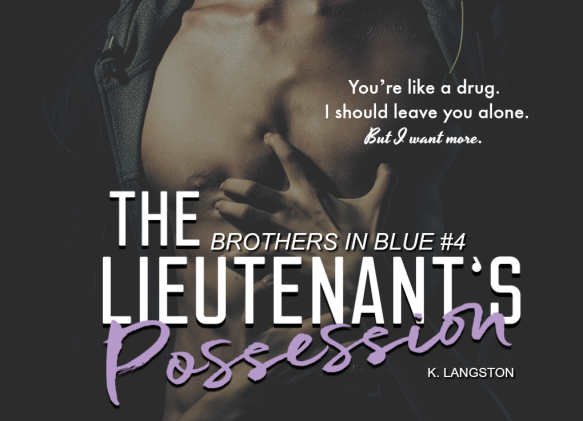