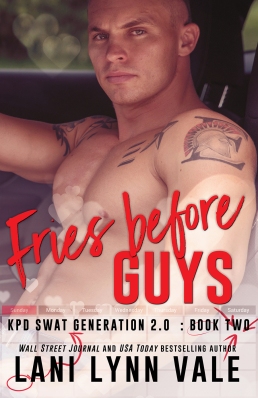 Sometimes people come into a person’s life and make their heart skip a beat.
Those people are called cops.
Well, one cop in particular.
A SWAT officer for the Kilgore Police Department, to be specific.
The first time Avery Flynn saw Derek Roberts, she was photographing him for the first annual Kilgore Police Department SWAT calendar. He was leaned back in his squad car, shirtless, and giving her a smile that was completely between them. A smile that hinted at what he wanted to do to her later.
When she scrounges up the courage to ask him out after the photoshoot, he laughs in her face.
Well, screw you, too, Mr. February.
***
Derek Roberts never really paid attention to the photographer.
She was a mousy girl who dressed like a twelve-year-old girl. Her tight leggings, extra baggy Star Trek t-shirt denoting her a Klingon captain, and her surprisingly clean Chucks didn’t leave much of an impression.
Now, the outfit that she was in weeks after he rebuffed her? Yeah, now that caught his attention.
Too bad that happens when he’s trying to save her from what’s sure to be death thanks to an unhinged native Texan who’s convinced she was the reason he lost his last chance at a million dollars.
When he tries to save her, she tells him she’d rather take a cattle prod to the forehead than go anywhere with him.
Challenge. Accepted. 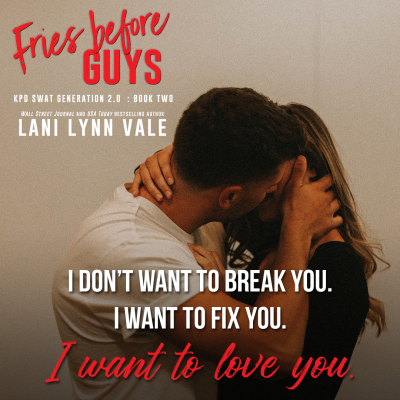 After meeting at the calendar photo shoot, Avery asks Derek out only to get turned down flat. Why would the hot guy want the nerdy girl? That’s immediately where her mind goes.

For Derek, attraction is not the issue. Her age and the fact that she is still in high school is what stops him in his tracks.

Avery is well known as the daughter of two former police officers that were killed. She had to take time off school which is why she is 19 and still in high school. With all of her life experiences, Avery feels much older than her class mates, now if she could only get Derek to see her as more than the high schooler with a crush on him.

I LOVED this book. Derek Roberts definitely did not disappoint – one click now! 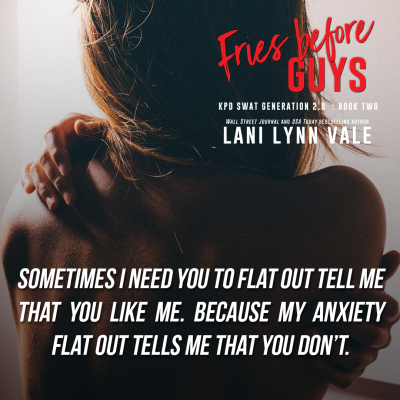 Lani Lynn Vale is married to the love of her life that she met in high school. She fell in love with him because he was wearing baseball pants. Ten years later they have three perfectly crazy children and a cat named Demon who likes to wake her up at ungodly times in the night. They live in the greatest state in the world, Texas. She writes contemporary and romantic suspense, and has a love for all things romance.
You can find Lani in front of her computer writing away in her fictional characters world…that is until her husband and kids demand sustenance in the form of food and drink.
Connect with Lani Lynn Vale
Website | Facebook | Twitter
Instagram| Goodreads | BookBub | Newsletter