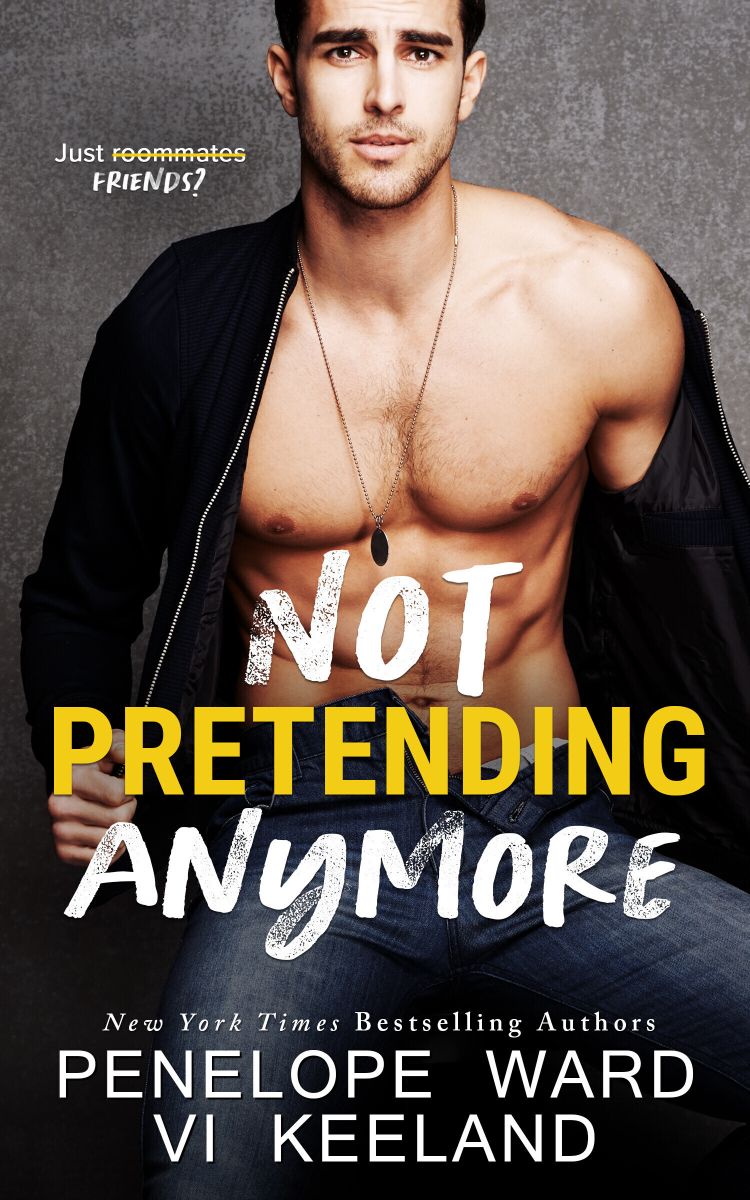 Molly is in desperate need for a roommate and so far every woman has come to her door has been a complete dud for one reason or another.  Enter D. Tate… who is certainly NOT a woman by any means but he was sure he could make his new perspective roomie, see it his way.   I was sure Declan was on his way to winning Molly over with his charming charisma but Molly wasn’t having until her love for frosting changed her mind!     I loved the banter between Declan and Molly from the start.   I knew I was going to love these two and I was right, I totally did!

These two became total besties fast, but we could tell the feelings were certainly brewing but neither one of them wanted to admit it since they were both crushing on other people at their jobs.   But you know what they say, ya always want what someone else has, day late, dollar short kinda thing.  Question is, is it going to be TOO late to NOT PRETEND ANYMORE?     I adored this book and read it one sitting!  I give this one a Five Pink M&Ms!!

OTHER BOOKS BY PENELOPE & VI

OTHER BOOKS BY PENELOPE

OTHER BOOKS BY VI