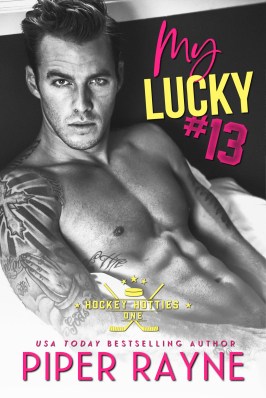 The one adjective used to describe my entire hockey career. I prefer to call it hard work, at least I did until my game went to complete crap. I haven’t scored in eight games and my team owner is talking about trading me.

Never needed one. I suppose I was “lucky” in that way. But now the best way to refer to me is desperate. I’d wear the same socks for an entire year just to be the high-scoring center I used to be.

Imagine my surprise when after spending New Year’s Eve with a woman, I score a hat trick in the next game—that’s three goals in one game for you non-hockey lovers.

Now, I have to track  her down and bribe her to do it again before every game. Get your mind out of the gutter, I’m not talking about it.

I find her and when I get to know her better, I end up spending more time thinking about her than my game, but she’s made it clear she wants no part of me. She’s going to learn that I didn’t become a professional hockey player without having to fight for what I want. 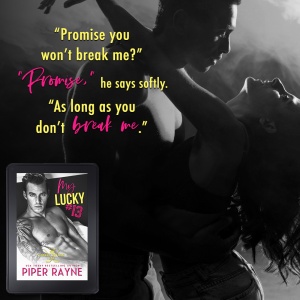 Being a star of an NHL team has it’s perks for sure, but when you are in a slump it’s not so fantastic. Who could have guessed that the white wine to the face courtesy of his agent’s date (he may have hit on her before she threw the wine), would be what turns his season around.

What starts as a silly superstition that is life or death to hockey stars, becomes so much more. Saige isn’t interested in a relationship – let alone one with a hockey player. Aiden hasn’t gotten to where he is by accepting the answer no. All he knows is hard work and dedication pay off in the end.

I LOVE Piper Rayne books and this was no exception! There is heat and banter and wit and the next thing you know – the book is done. Can’t wait for more in this series!! 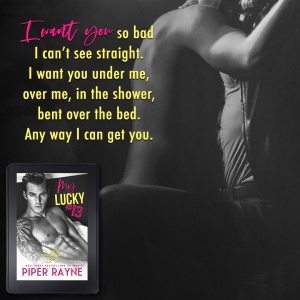 Piper Rayne, or Piper and Rayne, whichever you prefer because we’re not one author, we’re two. Yep, you get two USA Today Bestselling authors for the price of one. Our goal is to bring you romance stories that have “Heartwarming Humor With a Side of Sizzle” (okay…you caught us, that’s our tagline).

A little about us…. We both have kindle’s full of one-clickable books. We’re both married to husbands who drive us to drink. We’re both chauffeurs to our kids. Most of all, we love hot heroes and quirky heroines that make us laugh, and we hope you do, too.

Join our newsletter & get 2 FREE BOOKS!

Be one of our Unicorns!