Release Date: December 14
I never thought of myself as dad material.
Until my one-night stand showed up in my small Alaskan town five months pregnant.But I don’t shy away from responsibility. First, because I’m a Greene and not to boast but we’re kind of a big deal in Sunrise Bay. Second, I’m the Sheriff.

I couldn’t have predicted how protective I’d become for the safety of her and my unborn baby to the point of asking her to move in with me and be my roommate.

Just when I think I have the situation under control, another surprise knocks me over, but it only spurs me to double down.

I’ll be the first to admit, I didn’t think it through. Somewhere between the dinners, the TV show binging, the doctor appointments, and me walking in on her naked, lines blurred.

In what feels like warp speed, my bachelor for life status is in jeopardy and I’m fighting for the most important thing of all—my family. 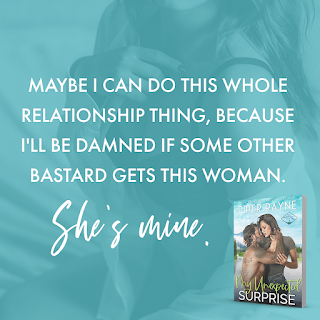 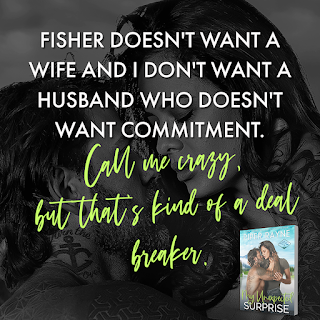 I have been dying to get Fischer’s story and this book did not disappoint!! Fischer has been the strong silent, forever bachelor of the Greene Family. When the meddling grandmother’s try to set Allie up, Fischer sees red. He has never once wanted a relationship, actually the exact opposite, but something about Allie has him hooked. He knows that something is different and when Allie calls him after their one night, he knows that if he calls her back, his entire life could change.

When he runs into Allie in the hospital after his niece gets hurt, imagine his surprise when Allie is obviously pregnant. Immediately flying into protection mode, Fischer puts his foot in his mouth and demands Allie move in with him. Cue the meddling grandmothers…

I really enjoyed Fischer and Allie’s story. I loved seeing Fischer’s walls come down and him open himself up, but what happens when things don’t go as planned and everything could be over before it really began?

One click now to check out Fischer and Allie’s story! 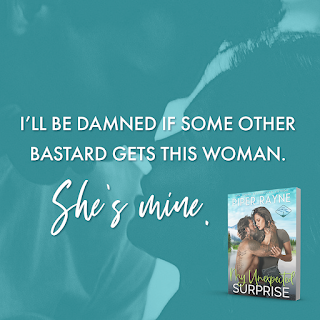 Piper Rayne, or Piper and Rayne, whichever you prefer because we’re not one

author, we’re two. Yep, you get two USA Today Bestselling authors for the price of one. Our goal is to bring you romance stories that have “Heartwarming Humor With a Side of Sizzle” (okay…you caught us, that’s our tagline).

A little about us…. We both have kindle’s full of one-clickable books. We’re both married to husbands who drive us to drink. We’re both chauffeurs to our kids. Most of all, we love hot heroes and quirky heroines that make us laugh, and we hope you do, too.

Join our newsletter & get 2 FREE BOOKS!

Be one of our Unicorns!