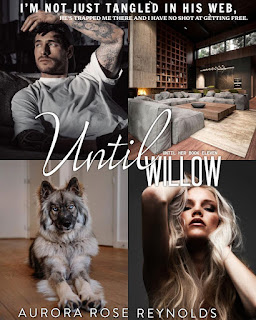 END_OF_DOCUMENT_TOKEN_TO_BE_REPLACED

An obligation is a course of action that someone is required to take, whether legal or moral.

At six years old, Myla was sent to a family her father and mother had chosen for her when they knew their time on earth was almost up. What they were unaware of was what they thought would be her safe haven would become her living hell.

Kai has been watching Myla from afar since he took over the family business from his father and inherited the responsibility of keeping her safe. When word gets back to Kai that Myla is not only in danger, but that his assets are being compromised, he immediately jumps into action and does the only thing that can be done at the time by marrying her.

Neither Myla nor Kai would have thought that something that started off as a farce would become the most important thing either of them could’ve ever done.

Soooo my Aurora Rose Reynolds cherry has been popped!!!! This is Kai and Myla’s story told in dual POV in Book 2 of the Underground Kings Series- Obligation. I stayed up until the wee hours of the morning to finish it in one sitting!!! I didn’t have a chance to read the first book yet, but it’s totally not necessary, although now I am totally intrigued!! Aurora gave me a good sense of the other characters involved in this story while reading and I just dove head first into this baby!

Kai is 100% pure protective Alpha male and he is just smoking hot, super sexy and so delicious. Myla hasn’t had it easy. When the terrible happens, Kai is the one who steps in to save her. He can protect her, thought he was doing right by their “arrangement” but little did he know, no matter what he was doing she was still in danger. Kai’s family has a history and he refuses to continue to live constantly being surrounded by protection of others, but in order to do that a lot of planning needs to happen to ensure the future.

They are thrown together, but the attraction is undeniable. Will how it all started be over looked, can the past be forgotten?

I loved to see Kai and Myla’s relationship evolve. Kai’s family has ties to Myla and once you get the whole picture, the good, the bad and the ugly you will fall in love with these two. One of his right hand men – Aye or better known as “Daddy” ( I can’t help but giggle) and even the left wheel, Uncle Frank provided some good laughter in this book.

I laughed, I cried and I was gripping my kindle so tight I could’ve broke it at point in this story. There was so much suspense,angst, love and a whole lotta lust. I mean seriously the sex scenes in this bad boy are smoking!! Grab a fan girls, you will need it with Kai!! This book has everything wrapped up in a nice little bow.

This book will certainly keep you reading, I couldn’t put it down and I am guessing anyone who picks it up won’t be able to either!! A must read that I totally think is worthy of 5 smokin hawt stars!! – Copy provided for honest review- Shera – Book Lovers Obsession

END_OF_DOCUMENT_TOKEN_TO_BE_REPLACED

a thing that is accepted as true or as certain to happen, without proof
They say when you assume that you make an ass out of you and me. Kenton Mayson learned this lesson firsthand when he made assumptions about Autumn Freeman and the kind of woman she is based on what little information he had. What he finds out is she’s not only beautiful, but also smart, funny, a fighter, and exactly the kind of woman he wants to share his life with. Autumn made assumptions of her own about Kenton, and now he needs to prove her wrong in order to protect her and their future.

Those Mayson Men just keep getting better and better……

“I see you judging me.  I know what you’re thinking.  She has to be a slut; she works at a strip club and takes her clothes off for money….The people watching make assumptions about who they think I am, or cook up a story in their heads of who they want me to be.  I’m just another beautiful face.”

Autumn Freeman has not had an easy life.  She has been abused and forced to do things she didn’t want to do.  She is judged and made to believe she just doesn’t matter.  One fateful night will change her life and view of herself forever.

Kenton Mayson is a bounty hunter who lives life one day at a time loving his family and his job.  Little does he realize that a favor he agrees to do for a friend will change his life forever as well.

When Kenton and Autumn meet there are a lot of  “assumptions” being made.  Autumn assumes that Kenton sees her just like everybody else does, just a beautiful face that takes her clothes off for a living.  Autumn sees Kenton as an ass for the way he acts and handles certain situations.  But once Kenton realizes he is falling for Autumn he has to make her see herself the same way he sees her and nothing is going to get in his way, not even Autumn.

“I kiss him back, and all the anger I feel towards him goes into that kiss.  I bite his lips, bottom then top, and claw my nails through his hair.  He growls down my throat, his big body pressing me harder into the wall”

There is just enough of everything in this story, love, danger, lol moments and a great cast of characters.   I loved this book and can honestly say you will not be disappointed.

This is book one in Aurora Rose Reynolds new series, The Underground Kings series.  Although it is a series each book is a stand alone as well just like her Until series… and let me just say that if you loved the Until series, you will love this one as well.  There is also some crossover of the characters from the Until series which is always nice…..

If you have not read her Until series, I suggest you read those as well because they are very well written and each book has a hot alpha male… just saying.

END_OF_DOCUMENT_TOKEN_TO_BE_REPLACED

Bonus scenes and/or new material in each book!

Greg Cage was born to protect. For the last decade, he has carried the guilt of his sister’s death and need for vengeance around… until it was stripped from him. All he has ever known was how to protect: his family, his friends, and his country. Can he go against everything he has ever known, and give up that control?

Melissa Larson has been the rock in her family for more years than she can remember, and the fight to keep them together is her main priority. She has always been fiercely independent and proud, never asking for help. When that choice is out of her control, will she be able to let someone else be her strength?

With unexpected events at every turn and fate wrecking more havoc on another member of the Corps family, Greg and Melissa learn just how powerful their love can be.

UNTIL NOVEMBER by Aurora Rose Reynolds

November is looking forward to getting to know her father and the safety of a small town. After leaving the Big Apple and her bad memories for Tennessee, she starts working for her dad at his strip club doing the books. The one time she’s allowed there during club hours she runs into Asher Mayson. He’s perfect until he opens his mouth and makes assumptions. November wants nothing to do with Asher but too bad for November, fate has other plans.

Asher has never had a problem getting a woman, that is until November. Now all he can think about is making November his and keeping her safe.

Sabrina Tyler is head over heels in love with her boss and best friend, Dante Hart. She thinks that he has no romantic interest in her but she’s wrong. Dante doesn’t believe in love or commitment or any kind. Sabrina has gotten under his skin, but Dante has no intention of acting on it.

One wild night changes their relationship forever, but Dante lacks faith in love and doesn’t believe in Happily Ever Afters. Can Sabrina break through and fix what’s broken in Dante Hart?

When Knox Wellington opens the door to Charlie Davenport, he’s not expecting the fiery brunette with whiskey colored eyes and a feisty personality. Their chemistry is undeniable, but the chip on Knox’s shoulder threatens to destroy any hope of him wooing the sweet, southern volunteer sent to help with his rehabilitation. Little does he know she’s no Southern Belle, as she gives as good as she can take. As unexpected circumstances push them closer together, heads butt, patience is tested, and flames ignite as they dance around their mutual attraction, both of them jaded from broken pasts.

They’ve both been burned before, so when their feelings of lust, desire, and wanting are inflamed in the heat of the moment, will they finally be able to get over the pain of the past or will their relationship be reduced to ashes before it can ever really begin?

PUSH THE ENVELOPE by Rochelle Paige

Alexa is your average college junior, attending classes and piloting Mile High Club charter flights. Boys haven’t been on her radar for a couple years after a disastrous breakup with her high school sweetheart. Drake transferred to Blythe College for the rugby team, not for a new assortment of college girls. When he meets Alexa, Drake knows he’s met his match. She tries to resist him, but he isn’t used to taking no for an answer.

Life is perfect for Andi until her entire world is crushed in an instant and she is left broken. Forced to pick up the pieces of her heart, she chooses to abide by a set of rules that prohibit her from getting hurt again. When Jackson enters the picture, he wants to play her game. What happens when things get complicated and hearts actually do get involved? Will they move on or will they break the rules?

Six sensational authors have joined forces to bring you their sexiest alphas. These smoking hot stories just got even hotter- all of the books include new material and/or bonus scenes! Mark your calendars for May 19, 2014– because things are about to get super steamy!

Until November by Aurora Rose Reynolds

Push the Envelope by Rochelle Paige

Add Alphas on Top to your GoodReads TBR list.