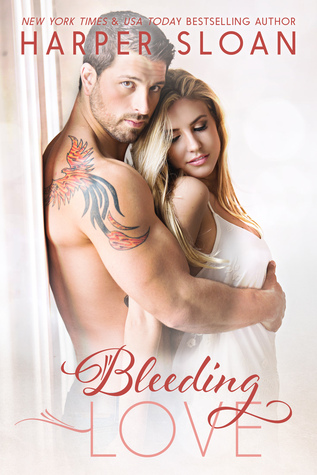 in the Hope Town Series by Harper Sloan!

I’ve loved once. I gave everything that I had to that love. Blindly believing that nothing could ever take that feeling away from me. Away from us. And when my little world of happiness was ripped from my fingers, I felt a loss that still haunts me to this day.

Now I use that lingering grief as a shield to keep my heart from loving again. It’s that fear that keeps me from letting anyone, except my daughter, get close enough to make it hurt. To make my heart bleed when I inevitably lose again.

Until the day I met Liam Beckett and everything I thought I had protected myself from was shoved back in my face.

END_OF_DOCUMENT_TOKEN_TO_BE_REPLACED 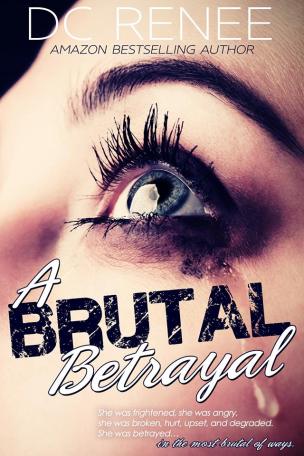 Past. Everyone has one. It shapes the person they become. It determines the present. It even contributes to the future. And sometimes, people are thrown together in spite of it.
It was no secret that Megan Verona was raped. It crippled her being, turning her from a vibrant young woman to someone who feared intimacy. After years of struggling, she decided to seek help with a therapist, Declan Connors, in hopes of being able to finally have a relationship. Declan wanted to help Megan; he wanted to help everyone who sought his aid, but she was different. She consumed his thoughts until he could no longer deny his feelings. He hadn’t expected to fall for her and fall hard, but he did. It was a wonder when she returned some of his sentiment. But, like everyone, Declan also has a past, one riddled with pain and anguish, one he hadn’t fully dealt with.
If helping Megan brought out his own shadows, what did loving her do? How do both their pasts play a role in their future? Most importantly, can they conquer the past that threw them together?

Seven years ago Megan was raped when out with a friend at a bar trying out their fake ID’s.   A devastating event that left her broken in so many ways as it would anyone who experiences something so brutal and wrong.   Now today, she is still scared of anyone’s touch and deathly afraid of intimacy of any kind down to even hand shaking has left her living life alone ever since that day.  She has managed to keep living her life, but not the way she wants to and knows she should.  She wants what everyone else has….A Relationship.

Declan Connors is a 25 year old therapist which an extremely rocky past.  He normally keeps his practice limited to Vets and other issues and has never had experience with a rape victim.  His friend and former therapist Chuck that helped Declan with PTSD refers Megan to Delcan because she feels as if she can’t connect with her current therapist, but really she hasn’t had success with any of them.  He feels like Declan may be able to relate to her more.

Declan is only a few years older than Megan and soon as she walks into his practice he is so taken back by her beauty. She may be broken, but yet very beautiful inside and out.   As their therapy sessions take place, Declan immediately feels more than that therapist-patient connection.  He tries so hard to be professional and keep it that way.  But hey he is a man, what do you expect?  The temptation is too big, and when he sees how she responds to his version of personal therapy andhe can’t turn back.    He will do anything and everything to help Megan move on from her past.

Megan of course starts to open up, feelings develop but then memories start returning for both her and Declan.  Not everything is the way it always seems.  When you have two people that both have experienced trauma in their lives, things tend to be blocked out, forgotten and put so deep in the back of their minds that it’s almost like it never happened.  But they did…..  When the truth comes out who will end up more broken and hurt?

I really did enjoy this book.  I seriously love Declan to pieces.  The story was certainly emotional as dealing with two heavy issues such as PTSD of someone previously in the military as well as rape.  But it was much more than that, the whole entire story, the connection just all came together for me.   Do I think their connection was a little too rushed, maybe just a little but I overlooked it because I just loved both the characters and the way the story flowed.   You will be kept wondering what was really behind it all and you definitely have OMG moments in this one!  I give this a 4 out of 5 rating and recommend it as a worthy read!